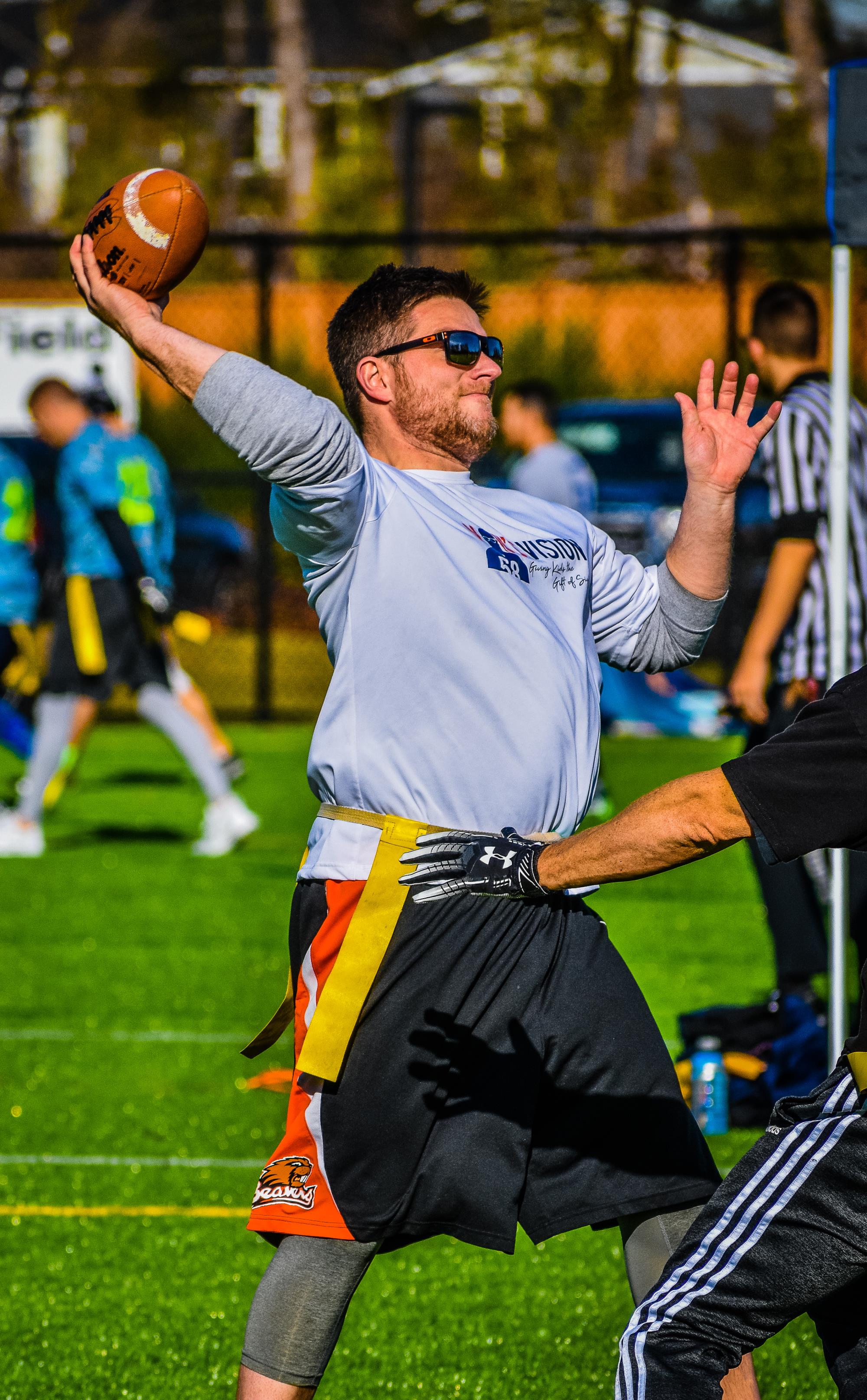 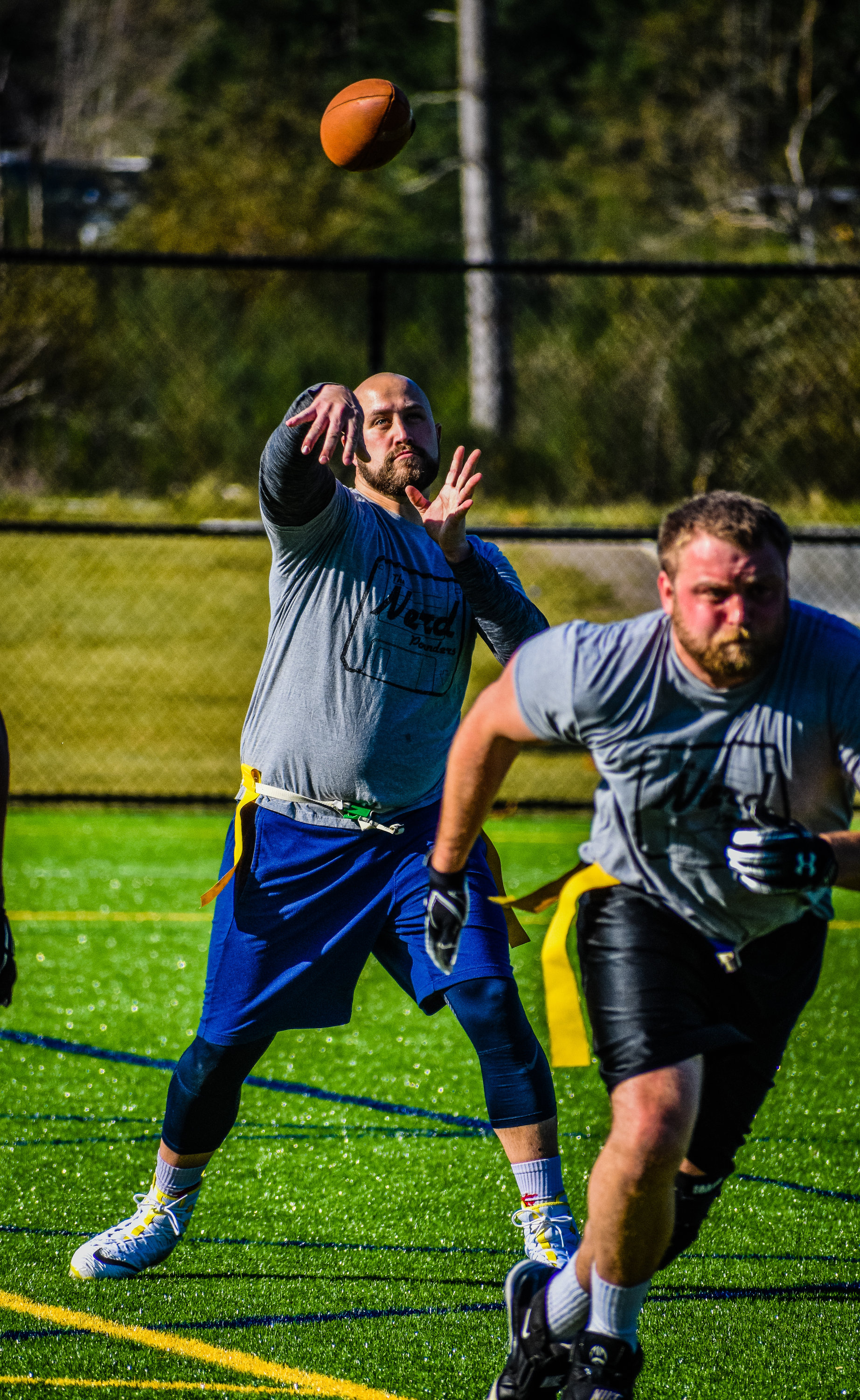 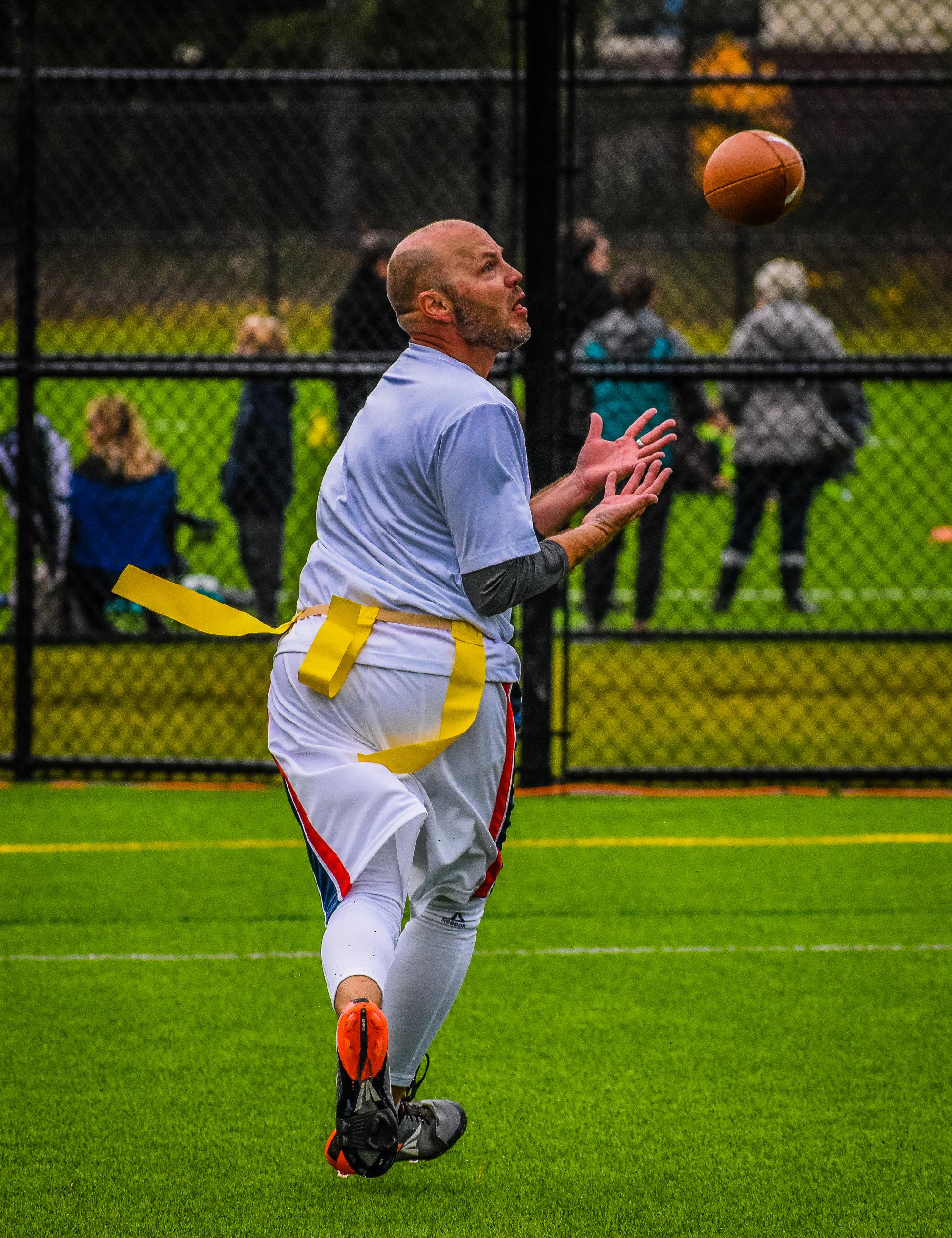 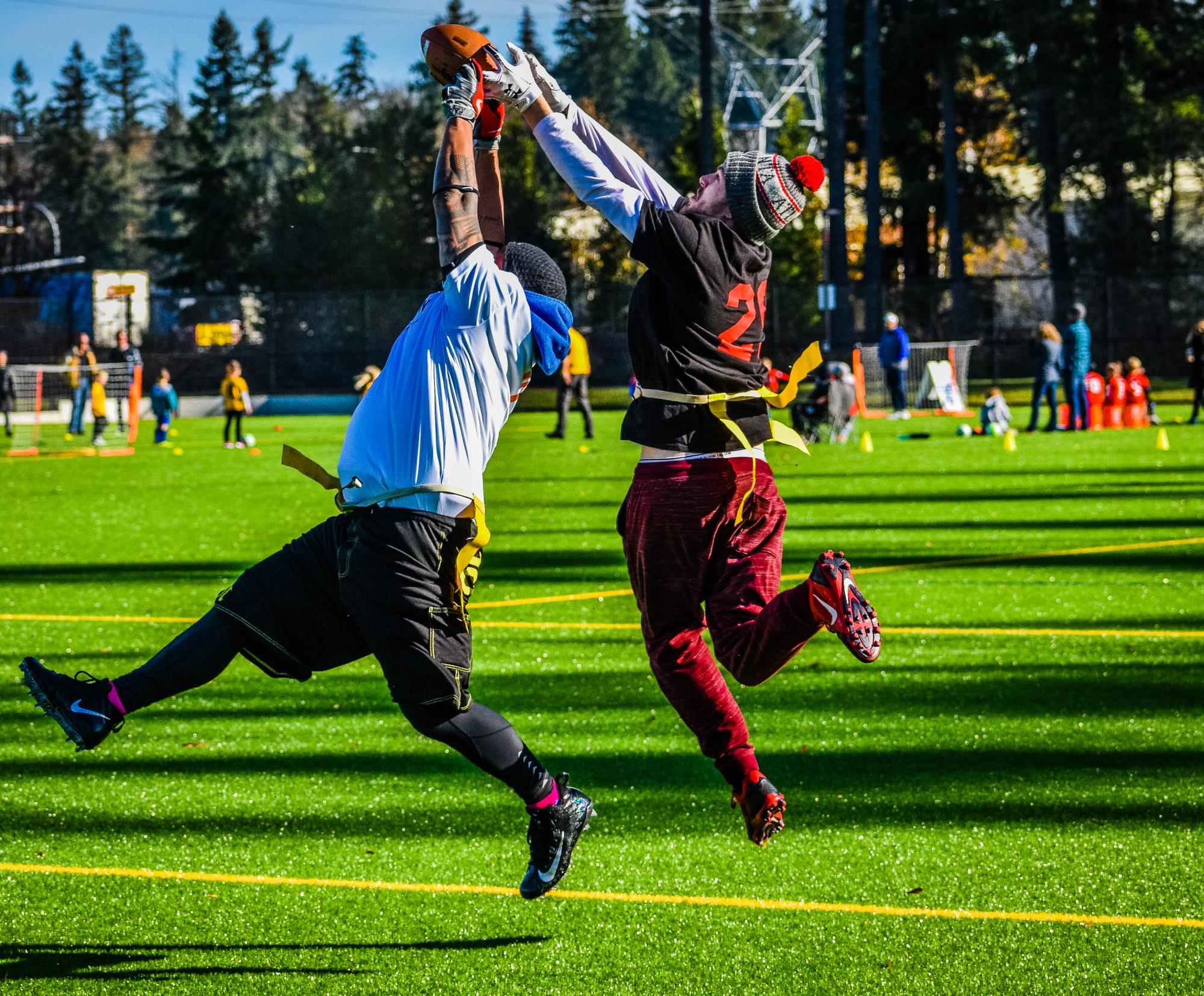 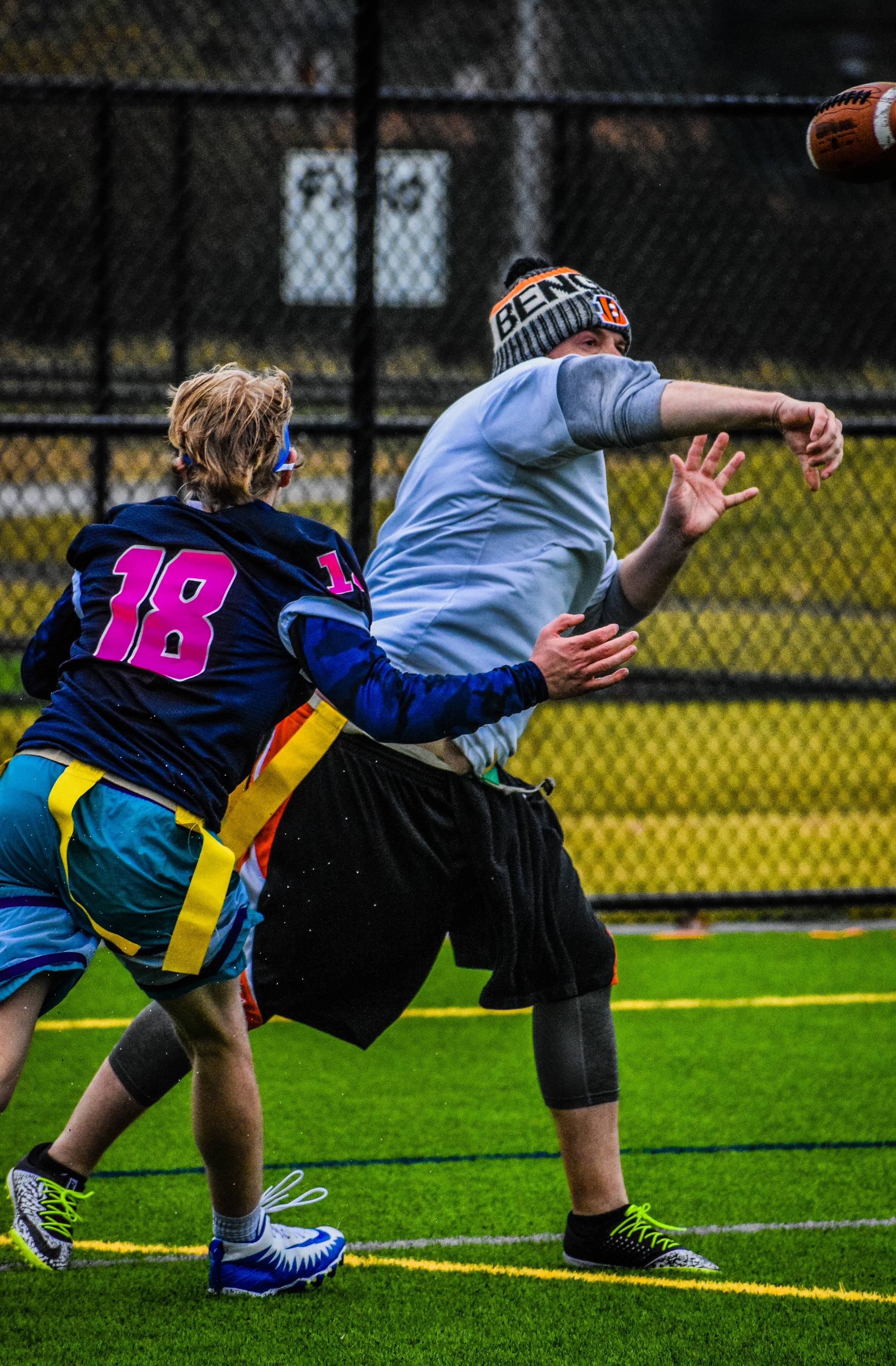 Flag Football League Details
- Team fee is $675
- Preseason games will be played Sat., Sep. 7
- Season runs September 14-November 9
- Top teams advance to the postseason playoffs
- Playoffs will be played using a single-day, double-header format
- Players may participate on only one team in the entire league
- Triple-Threat flag belts and Wilson footballs provided for league play
- Teams must provide their own uniforms or t-shirts with a player number on back Want to play but don't have a team?
Individual players can register on the FREE Player's Pool online.  If enough players join the pool, pool teams are created for the upcoming season.  Team captains can request the list of players to fill roster openings before the season begins.